The Highland Historic District is a historic district that encompasses some of Highland’s oldest neighborhoods. The district includes the city’s original townsite, which was platted in 1891, as well as portions of a 1904 addition; significant development continued in the district until 1938. The citrus industry, Southern California’s dominant industry at the time, drove development in Highland; because Highland was located at the intersection of busy Palm Avenue and the newly completed Santa Fe Railroad, it became a natural industrial center. The district includes the city’s historic commercial core on Palm Avenue as well as the numerous packing houses built along the railroad. The houses built in the district also reflect the city’s influence from the citrus industry. The large houses on West Main Street were home to wealthy citrus growers, while citrus workers lived in smaller cottages scattered throughout the district.

On April 5, 2001, the district was added to the National Register of Historic Places.

Situated west of the Foothill Freeway in the City of Highland, which is in the southwest corner of San Bernardino County. It is Roughly bounded by Cole & Nona Ave/Pacific & Church St incorporating approximately 29 acres. 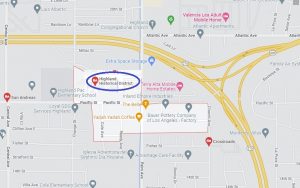 Highland’s remarkably intact collection of building types and architectural styles are typical of early twentieth-century Southern California; here, they have largely remained as built and demonstrate the social, economic, and spatial relationships prevalent in the community during its years as an important citrus production center. The citrus workers’ vernacular cottages that dot the townsite are still standing, as are the more impressive growers’ houses on West Main Street; notable (and increasingly rare) examples of industrial buildings serving the citrus industry; and a small number of religious, civic, and commercial buildings that reflect the architectural characteristics appropriate to their construction periods. Furthermore, the work of Arthur B. Benton, a major Southern California architect, whose Mission Revival building for the First Bank of Highland still stands at the southwest corner of West Main Street and Palm Avenue. In 1905, he also enlarged and remodeled the Congregational Church across the street; however, it was severely damaged by a fire and remodeled in 1947.

Some historical buildings in the area include: 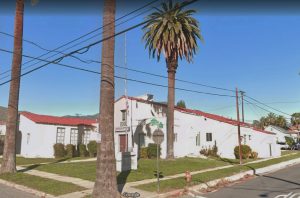 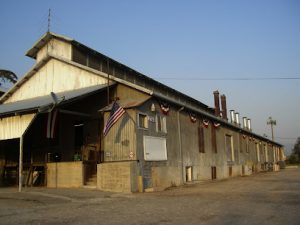 On-Site Estimates!
909-280-8952
GET YOUR FREE QUOTE
And included, you can download a free e-copy of "The Smart Homeowner".
20+ ingenious tips for around the house.
100% Privacy Guaranteed.
See What Our Customers Have To Say!
Reviews